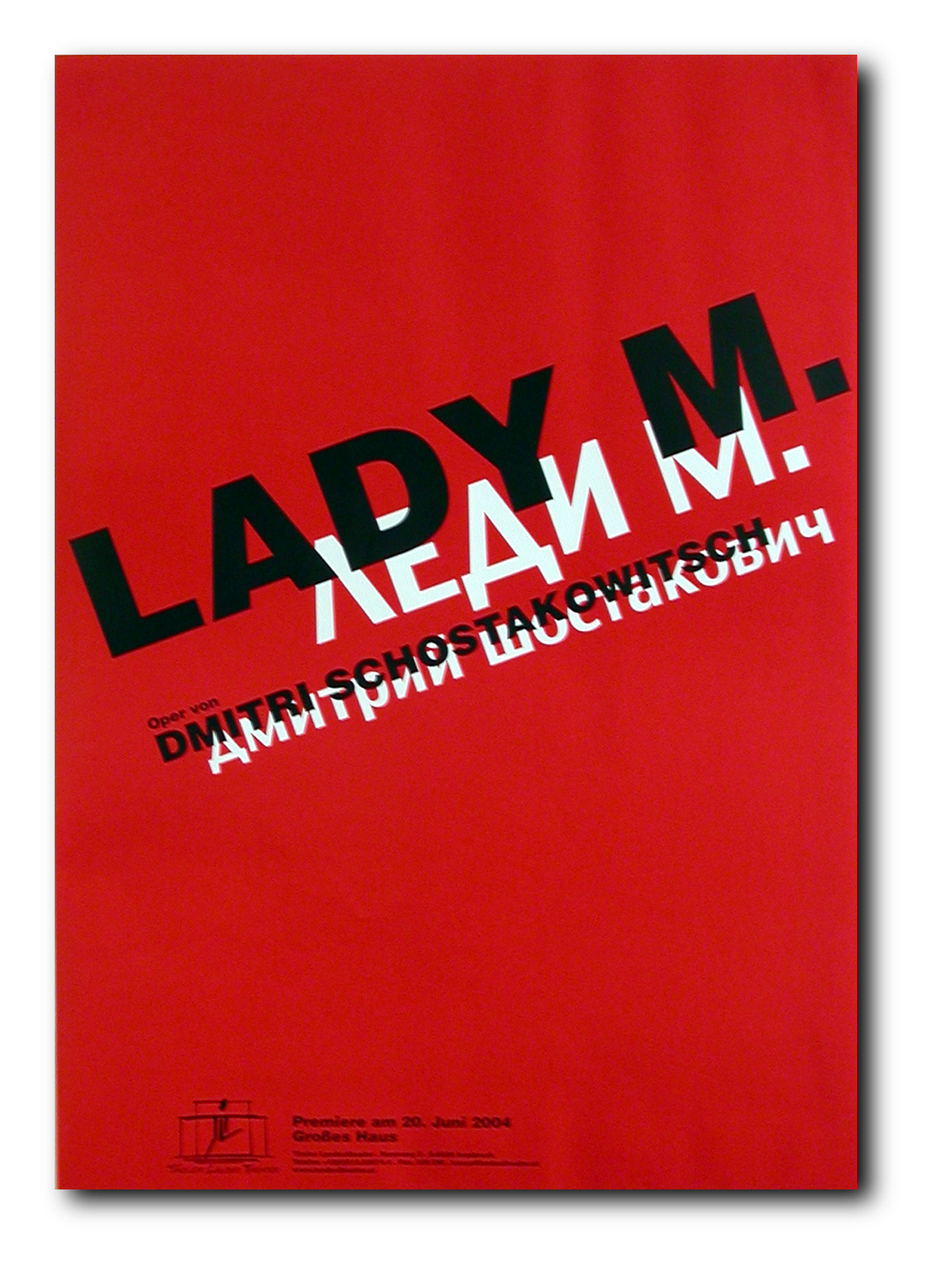 Lady Macbeth of the Mtsensk District (or Lady Macbeth) is an opera by the Russian composer Dmitri Shostakovich. The libretto, by the composer and Aleksandr Preis, is based on a novel by Nicolai Leskov (1865) inspired by a true-life event. It tells the story of a lonely woman in 19th century Russia, who falls in love with one of her husband's servants and is driven to murder. The work incorporates elements of expressionism and verismo. Shostakovich began work on the opera in October 1930, writing part of the libretto himself. He completed it in December 1932, and dedicated it to his wife. It was premiered on 22 January 1934 at the Leningrad Maly Theatre. It divided the critics, but was a big popular success at home and abroad. Stalin attended a performance on 26 January 1936, but walked out after the third act. On 28 January, Pravda carried a denunciatory article entitled "Muddle Instead of Music", written either by Stalin or on his orders. The opera was banned in the Soviet Union. In the ensuing months, further articles appeared condemning the composer and his music, some written by former friends.One criticism of the work focused on its sexual content, particularly the way in which the action is depicted in the music. The music critic of the New York Sun called it "pornophony", while Stravinsky described the opera as "lamentably provincial", considering the musical portrayal primitively realistic. At this time Shostakovich was thrown back on his closest friends and his own resources, saying "Even if they chop my hands off, I will still continue to compose music- albeit I have to hold the pen in my teeth."

The work was banned in the USSR until 1961, when a revised version (with the sexual elements toned down, and retitled as Katerina Izmailova) was approved by the Composers' Union. It was first performed in December of the following year, to renewed domestic and overseas success.