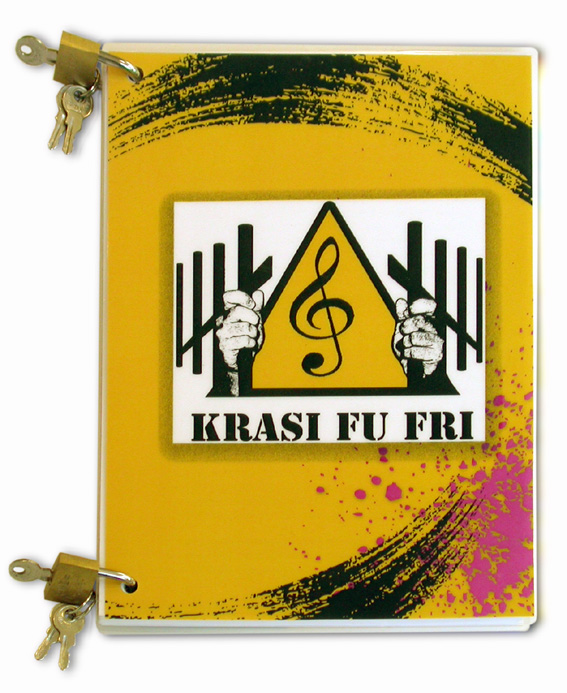 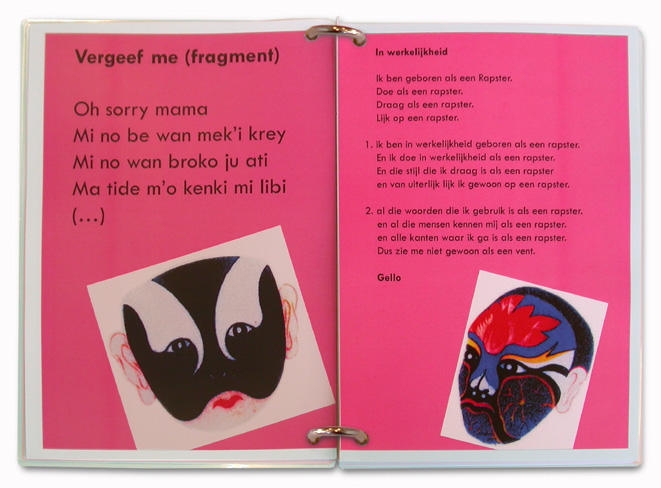 YOUNG OFFENDERS ON A SURINAMESE STAGE

Actress and teacher Alida Neslo organised a theatre performance by forty young prisoners in the Surinamese jail. "Er is war in de wereld" (There's war in the world) 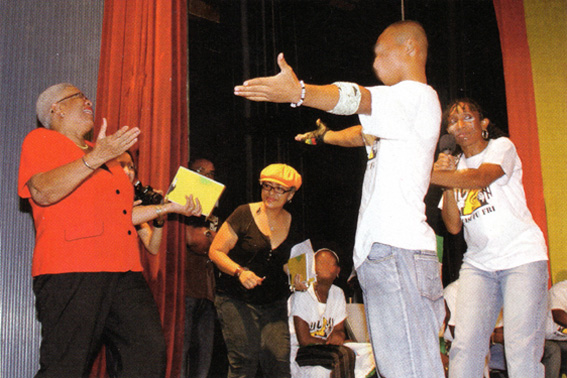 ALIDA NESLO TELLS THEM TO BE QUIET ONCE AGAIN. To no avail. The bassist turns the volume of the amplifier up a touch and the drummer is cutting loose too. The dancehall music is reaching even the remotest sheds. The lyrics of two rappers are resounding around the dilapidated recreation room. They sound off-key and above all angry, though only the refrain is understandable from their mixture of English, Surinamese and indigenous languages: Freedom.

They are being held at the Juvenile Re-education Centre (JOG) in Santa Boma, Suriname's most notorious prison. Some of the boys do not even know when they will be released, as they are forensic or psychiatric patients. Everything depends on their behaviour, but it is not clear how and when that will be assessed. If they see a social worker from the child welfare centre once a month, that would be unusual. The visiting hours on Sundays are deathly quiet for most of the boys too. Nearly all their parents live in the interior of the country, half a day's travel away.

Outsiders are strictly forbidden to talk to prisoners. But one of the warders does not mind telling you that their crimes range from burglaries, robberies and sexual crimes right through to murder. But the many court reports in the papers also show that some of the twelve- to eighteenyear-old prisoners were simply unlucky. A girl was arrested in the street carrying a package that she had to deliver somewhere, not knowing what was inside it. Minors often receive longer sentences in Suriname than adults would get for similar offences, since the judge considers their detention to be re-education.

Alida Neslo (55) went back to live in Suriname again three years ago. Even before independence (1975), she left for Belgium for a career in the theatre. Initially she travelled around the world with theatre companies, later becoming the first black TV personality in Dutch-speaking Belgium. During the nineties she became artistic leader of the theatre company De Nieuw Amsterdam and in 2000 she succeeded Ritsaert ten Cate as director of DasArts, the second-phase training course for theatre makers in Amsterdam. After that she wanted to return to the country of her birth, as she felt she was much closer to the origins of her profession there. "Theatre formats here are primarily a way of expressing yourself, to use your imagination and discover the truth in all its facets."

She started the prison project last summer. Together with writers, painters and musicians, she tries to let the young prisoners discover that they can be good at something. It is a gradual process. "At first they asked what the point was of all that writing. Now they write poems."

Her approach works. Henry Tempico, commander of the JOG, sees that his pupils have become calmer. "They have permission to practise music, drawing or sports for one hour every day. It reduces the aggression."

A week later, the curtain rises in the Thalia theatre in Paramaribo. On either side of the stage are the forty leading actors. Some of them wave hesitantly at a relative in the hall. The bassist and drummer start playing calmly and the reggae rolls into the well-filled hall. Some of the rappers still sound off-key, but they are understandable now. The timing, dance steps and mimicry of a few of the others are certainly not inferior to what you see from the professionals on MTV. The audience sing along. "I'm not a criminal" and "There's war in the world". Of what then follows, the dance battle and the poems written by the prisoners in particular are very well received. Before she performs, one of the girls sees her mother sitting in the hall and asks her to keep powering her. There is no need for Edgar Burgos, vocalist with the band Trafassi, to encourage the audience when it's time for the encore.

After the performance, three justice department officers of justice see that it has had a positive effect. The deputy head of Delinquent Care expresses the hope that these children will continue practising hard. But will there be additional money for following up on Neslo's project? Well, that's for the Minister to decideÉ

CD 'Krasi fu fri' with music composed and perrformed by pupils of the Juvenile Re-education Centre (JOG) of the Santo Boma prison. Producer: Bud Gaddum / MCB Studio. Made with the support of the Dutch Embassy in Paramaribo.